Turkey has the most intact ancient ruins than anywhere else. The Lycian Coast, to where Kayakoy belongs to, is known for an incredible history. Waves of people, states, eras, and empires have left their mark on the coastline and mountains, the people and culture.

As I wrote in the previous post Introducing Kayakoy, the village is known for its history and was adopted by the UNESCO as a World Friendship and Peace Village.

By walking in the village you can discover very interesting ancient Lycian Tombs located on the hill sides, North and South of Kayakoy.

This form of art was developed to perfection by the Lycians and was associated with some form of ancestor worship.

Lycian tombs are often integrated right into cities, displaying Lycia’s ties with eastern traditions. This is very noticeable in the Town of Fethiye (8 km from Kayakoy), where you can visit the largest and most famous monumental tombs.

The following picture displays a Rock-Cut Tomb located in Belen, the North Part of Kayakoy. 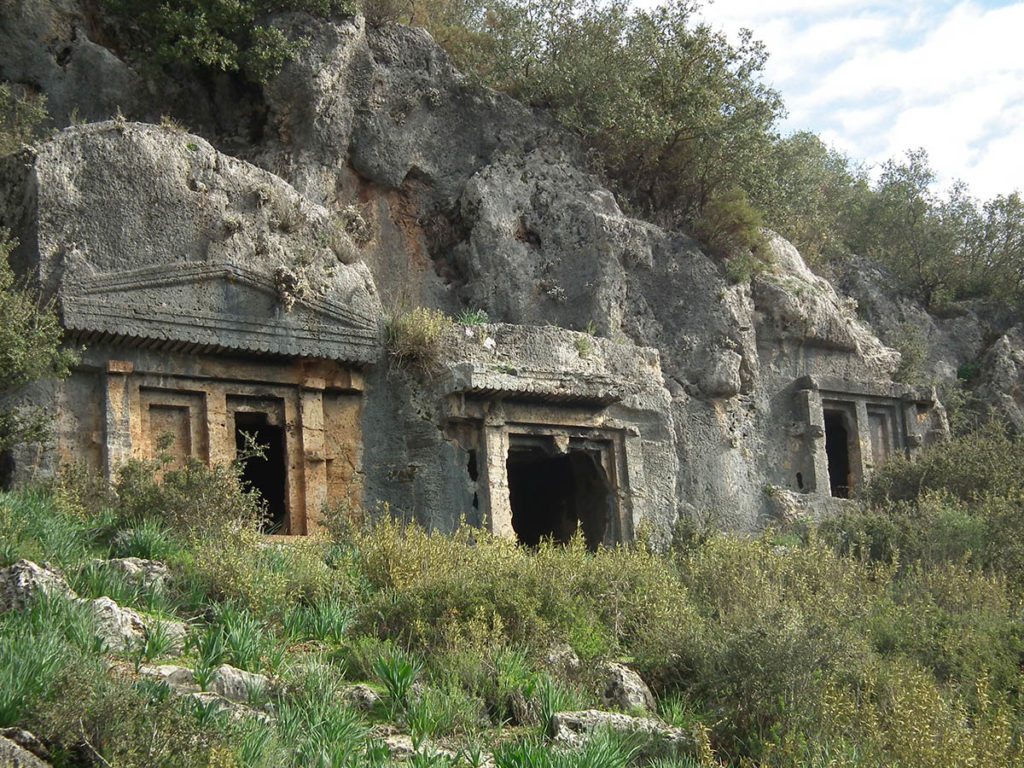 These are the most numerous of all types of Lycian tombs and some are perhaps the most noticeable – elaborate funeral chambers carved directly into the rock face, usually into a cliff.

Lycian rock-cut tombs often held more than one body. Lots of the tombs have several stone couches inside upon which gifts were left and the dead were laid, often families. The entrance was sealed with a sliding stone door that ran sideways along a groove.

The tombs of wealthy Lycians were finely worked with elaborate relief carving. On some of the rock tombs the exterior is decorated with reliefs depicting the specific features of the deceased and the main events of the period. Symposium scenes relating to the funeral feast are frequently included in the reliefs.

The tombs of the poor and less wealthy were plain, without relief carving. A good example of these simple tombs can be seen at Pinara – they are also the oldest form of the rock-cut tombs, hundreds of roughly-hewn pigeonhole caves honeycombing a cliff face. These tombs were usually bricked-up to a small access hole, which was then locked with a stone plate.

In the next pictures you can see a sarcophagi Tomb also located in Kayakoy, in the same area (Belen) than the tombs described above. 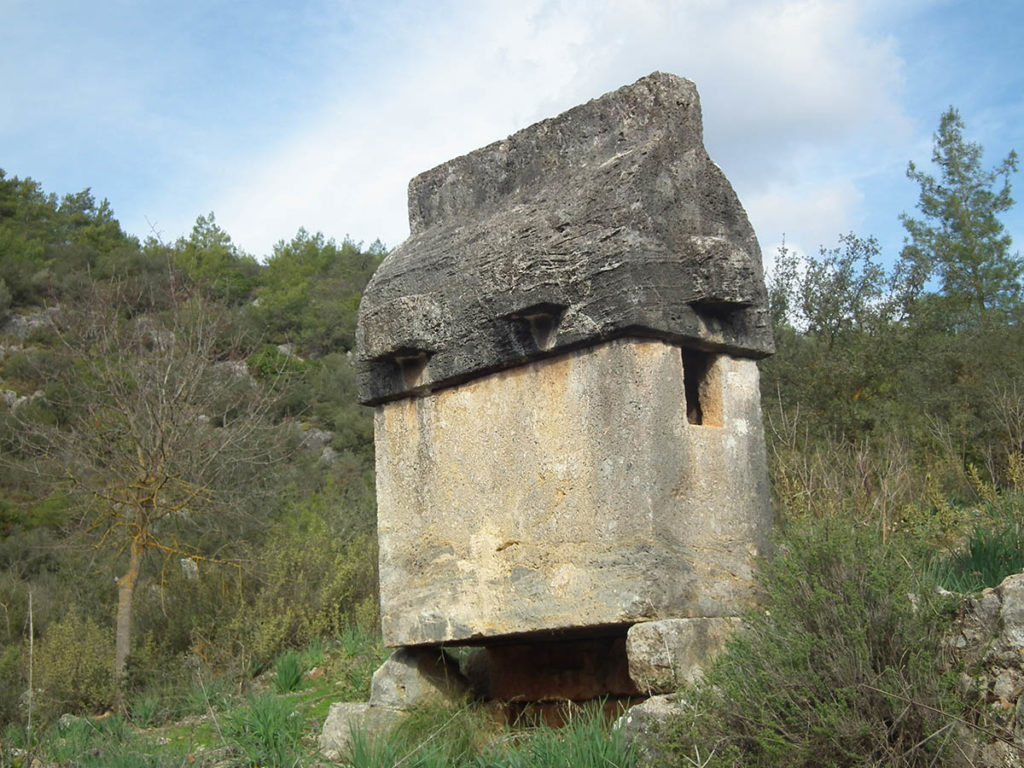 Sarcophagies are a common form of burial all over the world, however Lycian sarcophagi are distinctive – especially for their great size. These sarcophagi usually consist of three parts:

In some sarcophagi Tombs deceased slaves and dependents were held in a Hyposorion under the main gravechamber.

All these ancient sites in Kayakoy will offer you an interesting trip on the days you decide to hike through the village. It will truly make your Turkey holiday unique!

Self-catering vs all-inclusive: which is the best option for families?
September 21, 2017